Bryan Stevenson is perhaps the least known, most powerful force for social justice in America. Stevenson is the founder and Executive Director of the Equal Justice Initiative, the Montgomery, Alabama based non-profit criminal defense organization that has was won the relief or reversals for more than 130 prisoners since it opened in 1989. He has argued and won five cases before the United States Supreme Court, and in 2018 he opened two landmark museums in Montgomery. The Legacy Museum tracks the history from slavery to mass incarceration and The National Memorial for Peace and Justice which is the first monument dedicated to black Americans killed by lynching

In his book Just Mercy, Stevenson tells of studying law at Harvard Law School while simultaneously pursuing a graduate degree in Public Policy at the Kennedy School of Government. He became disillusioned and feared he may have made the wrong choice. He then discovered a class offered on race and poverty litigation which required off campus immersion in social justice work. In December 1983 he interned at the Southern Prisoners Defense Council, starting on the very work that would define his career and make an impact on so many people.

Born in 1959 in Delaware, Brian Stevenson was subjected to segregation early in his schooling and was deeply affected by his grandfather’s murder. The “legacy of slavery” shaped how his grandmother raised and grounded her children and grandchildren. Perhaps my favorite quote in Just Mercy is in the Introduction from his grandmother who said “You can’t understand most of the important things from a distance, Bryan. You have to get close.” Stevenson spent his career practicing that very principle and his unique ability to do so as an immensely talented attorney brought justice for many people. Even in cases he couldn’t bring justice he stayed close and brought empathy to those incarcerated. In 1995, Stevenson won the prestigious MacArthur Fellowship Genius Prize which he used to partially fund the Equal Justice Initiative. In 2012, he won a landmark ruling that banned mandatory life sentences without parole for all children 17 and younger. In November of 2018, he received the Benjamin Franklin Award from the American Philosophical Society for being the “drum major for justice and mercy.” As his accomplishments have won him notoriety, he has taken to writing and public speaking. His best-selling book Just Mercy was released in 2014 is being released as a motion picture in December of 2019. 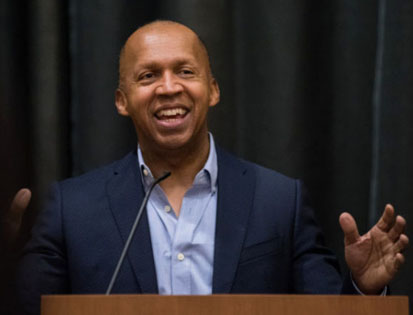 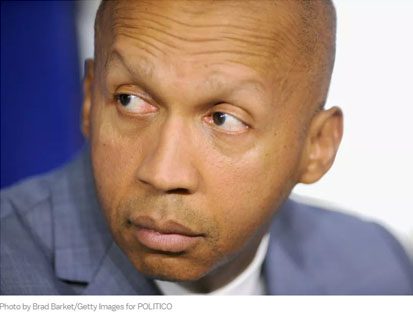 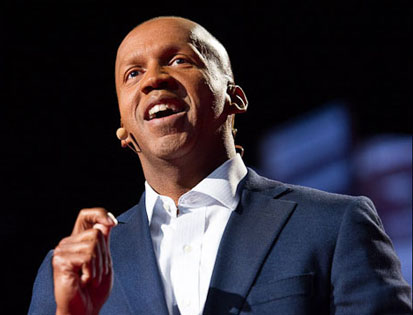