Katherine Johnson was a pioneering mathematician for 33 years at NASA, starting from a segregated “Colored Computer” department in 1953 to becoming the key person that calculated the trajectories of Alan Shepherd’s first mission to space and later Apollo 11 and 13.  Katherine overcame bias in a white male dominated work place.  She has been honored for her groundbreaking achievements with numerous awards, culminating with being awarded the Presidential Medal of Freedom – the highest civilian award in the United States – by President Barack Obama in 2015.

Born Katherine Coleman on August 26, 1918, she excelled at school from a very early age. After graduating from college Katherine took a teaching job in Virginia and later enrolled in a masters program at West Virginia University where she was one of the first three black students to be integrated into the masters program. Although she left the program to have the first of her three children, she had established herself as a person very comfortable with breaking down barriers.

When she joined NASA in Langley, Virginia, in 1953 (at the time it was called NACA), she was assigned to the West Computers, where she and others black female mathematicians would work various computations assigned by various departments.  Katherine’s prowess was quickly noticed, as she was pulled into Langley’s Flight Research Division.  Ms. Johnson persisted through the extreme bias that existed by the high quality of her work and the determination of her spirit.

She would go on to contribute to and own key calculations on multiple missions, including Freedom 7 and Apollo 11 and Apollo 13. She verified the calculations of newly installed electronic computers at the request of John Glenn. As a member of the Space Task Group she became the first woman to be officially named as a co-author of a research paper at NASA

Katherine Johnson, along with Dorothy Vaughan and Mary Jackson, are the primary focus of a book written by Margot Lee Shetterly entitled Hidden Figures. That book was adapted into a movie by the same title in 2016. 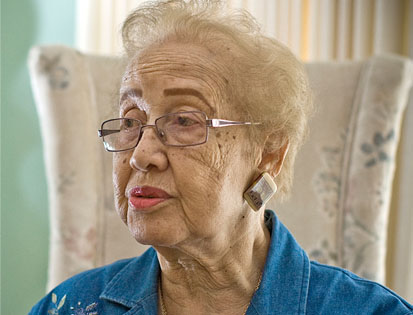 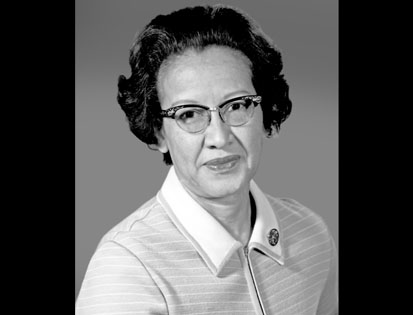