Marian had been part of her church choir since the age of six, but after her father died when Marian was just 12, her church banded together and raised $500 to pay for voice lessons for her. These voice lessons were with renowned voice teacher Giuseppe Boghetti and were the critical step to Marian’s development as a singer that launched her long career.

Marian was born in Philadelphia, PA on February 27, 1897. After spending her youth singing in her church choir, the voice lessons she received helped her win a recital in 1925 in New York City where there were 300 entrants. Her career stalled in the U.S. due to racial divides that did not allow her to perform in certain venues. Her career blossomed when she received opportunities to sing across Europe in the late 1920’s and early 1930’s and that success started to make her more well know in the U.S.

When she returned to the U.S., Howard University invited her to perform on its campus but the demand to hear Marian was so strong organizers needed to find a bigger venue. When they inquired of the Daughters of the American Revolution (DAR), who owned Constitution Hall in Washington D.C., they said no, without sighting their policy that no blacks were allowed to perform at the venue. This drew the ire of several member of the DAR, and one of those members was Eleanor Roosevelt. Eleanor resigned for the DAR, and arranged a concert for Marian, broadcasted across the country on Easter Sunday 1939, from the Lincoln Memorial in front of 75,000 people.

In her biography on Brittanica.com, she is said to have had a “pure vocal quality, richness of tone, and tremendous range that made her in the opinion of many, the world’s greatest contralto.”

Marian performed the national anthem at the inauguration of JFK in 1961, received the Presidential Medal of Freedom in 1963, and a Lifetime Achievement Award from the Grammy’s in 1991. She died in 1993. 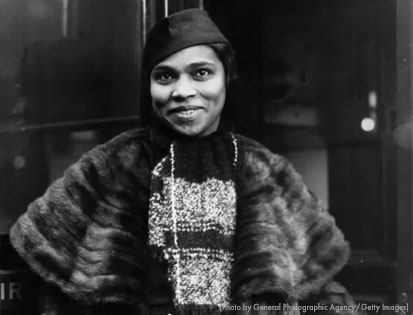 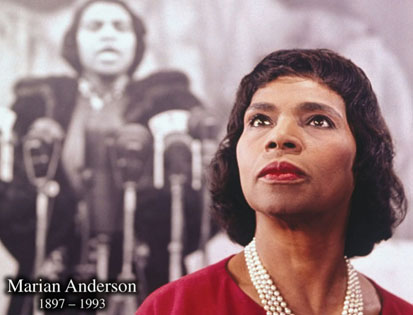 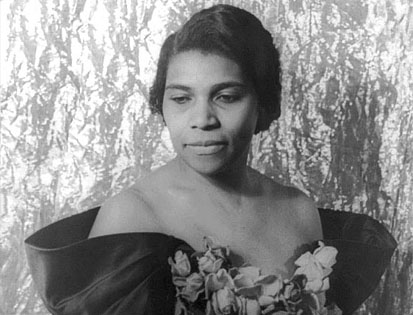